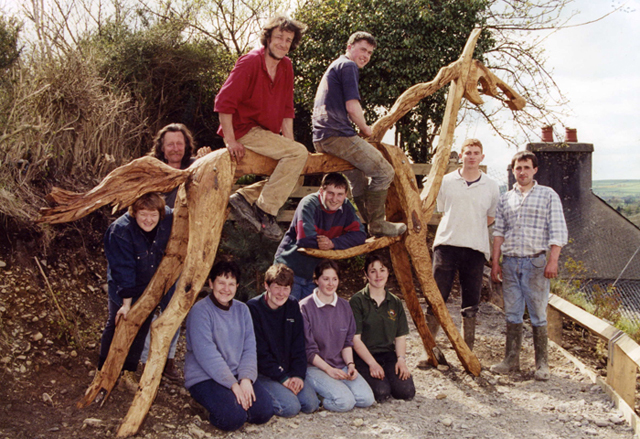 The original vision of offering leisure and educational activities to the young people of the district is still an important part of the movement and figures prominently on the agenda of the Club in Llanllwni.

Over the years the Club has been successful in many national competitions and continues to flourish. It attracts new enthusiastic younger members each year who are keen to promote Llanllwni locally and represent the club on the European scene and further afield.

Caring for the community and caring for the environment are important facets of the Club’s activities and in recent years local hospitals, charities such as the Air Ambulance and a host of voluntary organizations have benefited from the Club’s fund raising activities. Members earned the ‘Good Citizens Award’ for their dedication to these activities.

Derelict ground on Llanybydder square has been successfully landscaped by Club members; in the face of keen competition the Club received the main award of the Rural Life Programme.

To celebrate its 60th anniversary the Club ventured into the field of publishing and created a memorable parish chronicle of persons, events and images from the 10th to the 21st century.

Although the Show is much older than Llanllwni Young Farmers’ Club, the young farmers of the parish and their supporters ensure that a successful show is held annually on Abercwm Fields every August Bank Holiday. Competition is keen in all sections which are accommodated in various pavilions.

The sheepdog trials are a wonderful spectacle offering something to all members of the family. They attract skilled competitors from all over the UK. It is not unusual to see 80 dogs competing on the day. In the evening a video stock judging competition and auction complement the day’s activities.