Services are held in the church every Sunday either in Welsh or in English or bilingual. The Vicar publishes a weekly newsletter with full details of all services, and a copy is always on display in the Village Shop. The Vicar is also happy to help with any family history enquiries and is a keen genealogist himself.

He is also happy to make arrangements for baptisms and weddings for anybody who lives in the parish. The church is always open during daylight hours. 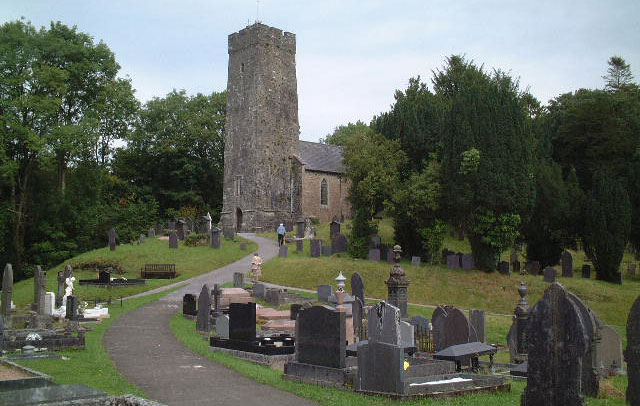 We don’t know exactly how long there has been a church on this site, but the altar stone dates from the sixth century. It is evidently an old Celtic site, and there are other ancient earthworks behind the church. Tradition has it that the exact spot for building the church was chosen by one of the angels. The tower dates back to the late twelfth or early thirteenth century, and other parts of the present building are probably just as old. We know that it was affiliated to the Priory of St. John in Carmarthen in 1201. The Priory was supposed to provide and support a priest for the church but seems to have been rather casual about the arrangement it, a complaint was made to the Bishop of St. Davids in 1381. 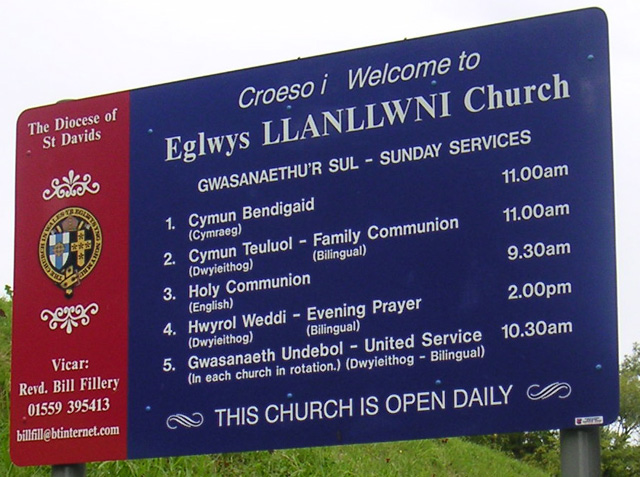 The church is dedicated to St.Luke, but this has only been the case since the late nineteenth century. The earlier dedication is to Llonio. The church at Llandinam, Powys is also dedicated to him

A gallery at the back of the church was removed in the 1930s, as were steps behind the pulpit, which presumably originally led up to a rood screen. A persistent local legend says that they also found the skeleton of a hermit sitting upright under the floor, but did not tell anybody until after they had finished their work !

Things to see in the Church

The brass monuments on the north wall of the nave are in memory of the family of Charles Lloyd of Waunifor,(1851–1923) who was a generous benefactor of this church.

The families who lived at Maesycrugiau Manor are also remembered, on the stone monument on the wall above the Manor pew, and in the stained glass window to the right. The monument on the wall links the family to Henry Tudor, Earl of Richmond, who later became King Henry VII. The stained glass window of St. Francis of Assisi was given in memory of Sir Courtenay Cecil Mansel, 11th Baronet, (1880 –1933).

There is a very pleasant short circular walk along the river bank if you turn left out of the churchyard, which takes you through a rocky gorge to the bridge at Pontllwni, then back into the churchyard or along the road to the Community Hall.